The Bahá’í Faith began in Persia (now Iran) in 1863 when Bahá’u’lláh, the religion’s prophet-founder, declared that he was the Messenger of God for this period in humanity’s evolution. Bahá’í core principles focus on unity: there is only one God, all major world religions refer to the same God, and all humans are equal. These principles tell us that religious, racial, gender, and any other forms of prejudice are destructive to unity within the human race. The most prominent social principles of the Bahá’í Faith are the independent investigation of truth, the harmony of science and religion, and eliminating extremes of wealth and poverty. Bahá’ís also believe in progressive revelation, the concept that God sends new messengers over time to reveal teachings that help develop humanity’s spiritual, intellectual, and moral capacity. Bahá’ís reside in more than 247 countries and represent over 2,000 cultural groups. There are approximately five to six million Bahá’ís in the world, and about 150,000 in the United States.

Bahá’í history begins with the Báb and continues to Bahá’u’lláh, `Abdu’l-Bahá, Shoghi Effendi, and the Universal House of Justice.

Siyyid `Alí-Muhammad took the title of the Báb in 1844 when he declared that he was a messenger of God. “Báb” means “gate” or “door.” The Báb, who is the forerunner to Bahá’u’lláh and the Bahá’í Faith, was a Muslim before he challenged the established Islamic beliefs in Persia (now Iran). He claimed to be a messenger of God even though Muslim’s believe Muhammad said he was the last of the prophets. He reinterpreted the Qur’an as symbolic instead of literal. He declared new religious laws including equality of men and women, defining a new calendar system, redefining the obligatory prayers, and many others. His followers became known as Bábís. As the Báb’s influence spread, the Bábís faced greater and greater persecution for challenging social norms. The Báb’s growing popularity threatened the Islamic clergy who imprisoned him in 1847 and put him on trial for blasphemy. The Báb received twenty lashes to his feet, but he refused to retract his claims. A new Persian prime minister ordered the execution of the Báb by firing squad in 1850. The first firing squad, composed of Christian soldiers, fired but did not hit the Báb. After the smoke cleared, they miraculously found the Báb completing some planning with his secretary in another part of the barracks where he was being held. The second firing squad, composed of Muslim soldiers, succeeded in the execution. 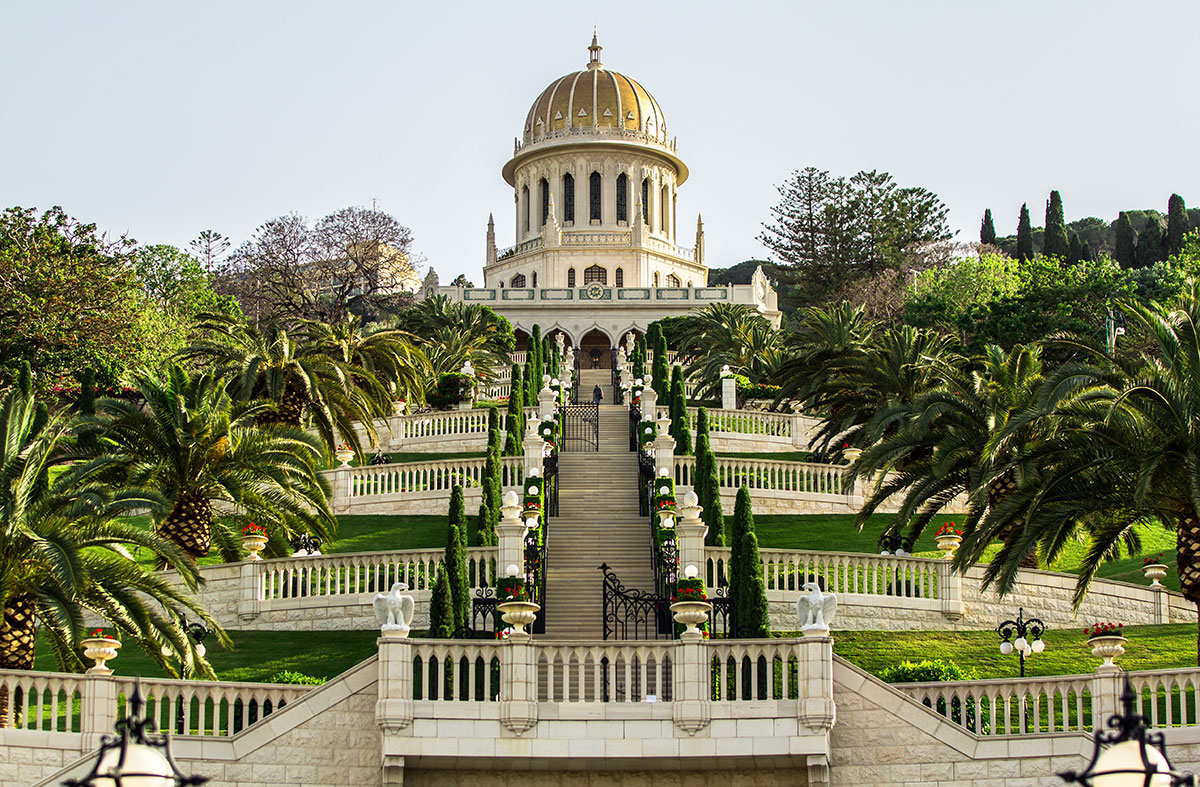 Shrine of the Báb in Haifa, Israel 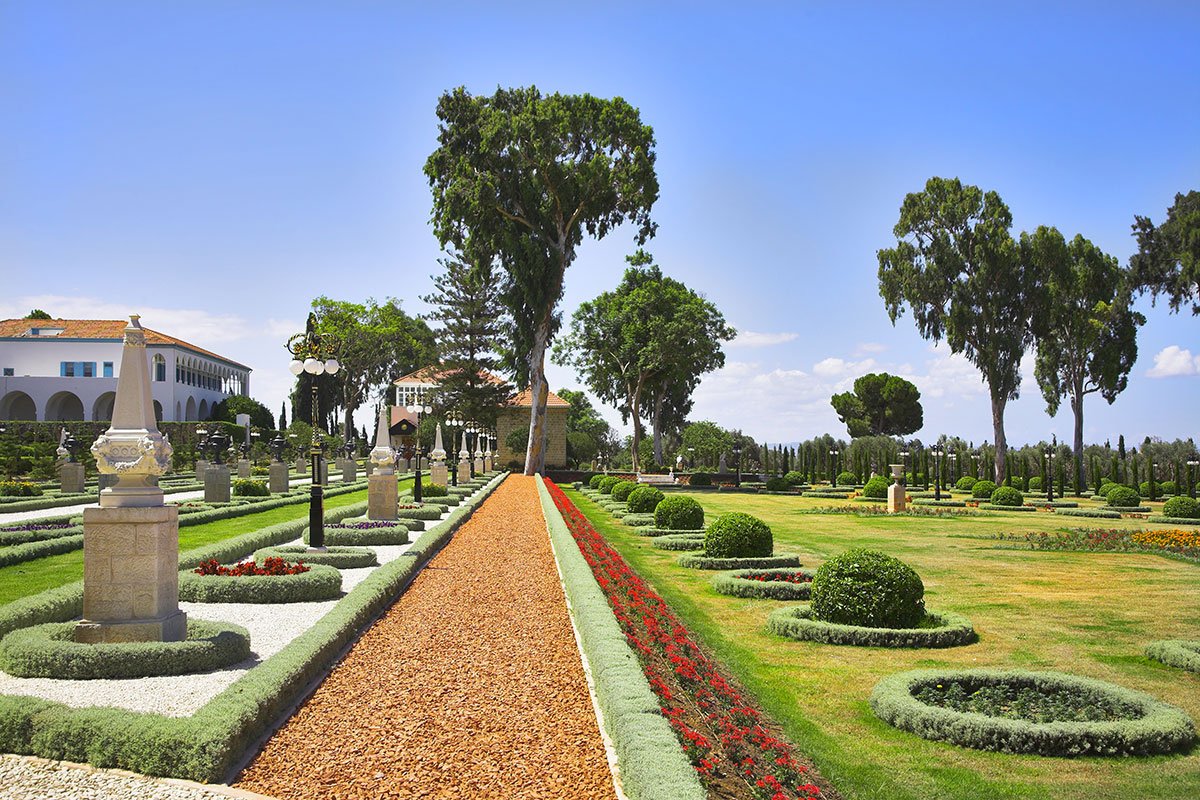 Shrine of Bahá’u’lláh at the Mansion of Bahjí in Acre, Israel

Mírzá Husayn `Alí Núrí became an early believer of the Báb in Persia and left his wealth, family, and a government position to actively spread Bábí beliefs. In 1852, Mírzá Husayn was imprisoned in Tehran, Persia for being a Bábí. He first received divine messages about being the one the Báb foretold during his imprisonment. When released, he was expelled from Tehran and exiled to Baghdad. The Bábí community became divided in the years following the Báb’s death. Mírzá Husayn’s efforts caused the Bábí community and government officials to recognize him as the primary Bábí leader. In 1863, more than ten years after his imprisonment, Mírzá Husayn told his family and followers he was a Messenger of God. He took the title Bahá’u’lláh, meaning “Glory of God”, and started the Bahá’í Faith. Bahá’u’lláh expanded on the Báb’s teachings and sent letters to the leaders of the world. His influence spread rapidly within the region. This led to the Ottoman government banishing him and his family to Constantinople (now Istanbul), followed by Adrianople (now Edirne), and lastly to prison in `Akká, Israel. Over time, Bahá’u’lláh and the imprisoned Bahá’ís gained more freedom within the city as they impressed prison guards and city officials with their respectful behavior. Bahá’u’lláh spent his last thirteen years living outside `Akká in the Mansion of Bahjí writing books, letters, and prayers that total more than 15 times the combined size of the Old and New Testaments. Bahá’u’lláh’s most important writings are the Kitáb-i-Aqdas (Most Holy Book), the Kitáb-i-Íqán (Book of Certitude), and the Hidden Words. The Most Holy Book contains Bahá’í laws and teachings about ethics and social issues. The Book of Certitude explains the progressive revelation of religion and the Báb’s mission. The Hidden Words are 153 short, powerful sayings that convey spiritual truths. He died after having a severe fever in 1892 and was buried in a shrine near the Mansion of Bahjí.

`Abbás Effendi, Bahá’u’lláh’s oldest son, was highly active in the Bahá’í community and was imprisoned and exiled as a child along with his father and family. In his will, Bahá’u’lláh appointed `Abbás Effendi as the leader of the Bahá’í community. He became known as`Abdu’l-Bahá or “servant of Bahá.” `Abdu’l-Bahá led the Bahá’í community and wrote extensively despite being exiled in `Akká, Israel until the age of 64 in 1908 when a revolution freed all political prisoners. Shortly after his release, he traveled the world teaching Bahá’u’lláh’s message including visiting the United States and Canada in 1912. He died in 1921. Ten thousand people of many religions attended his funeral in Haifa. 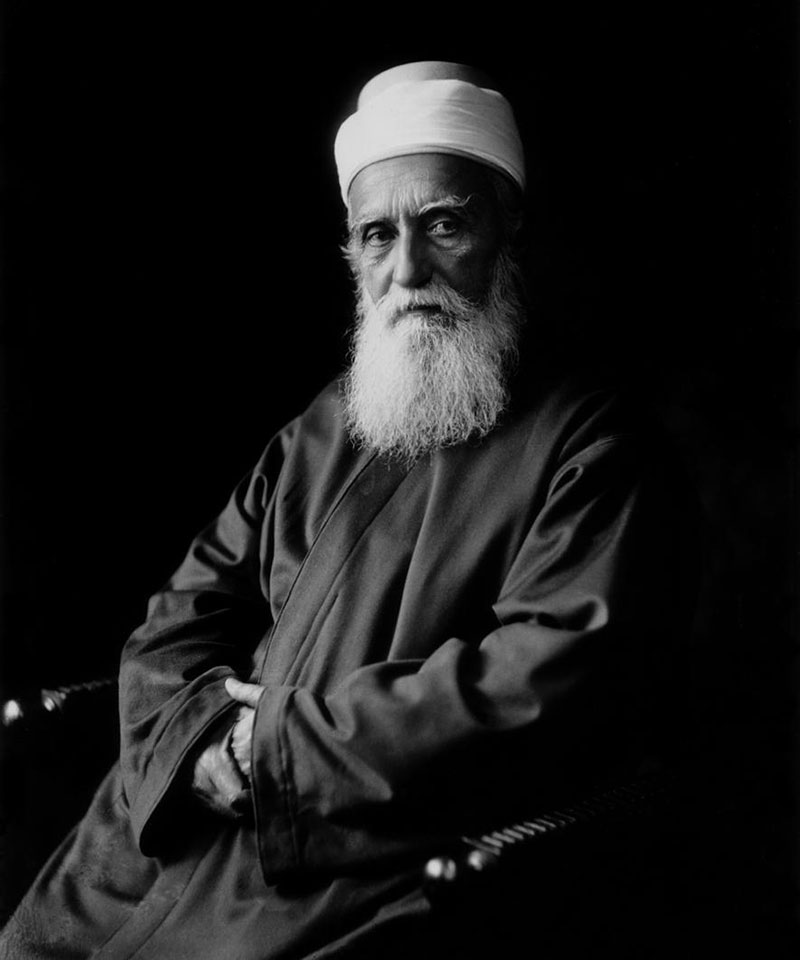 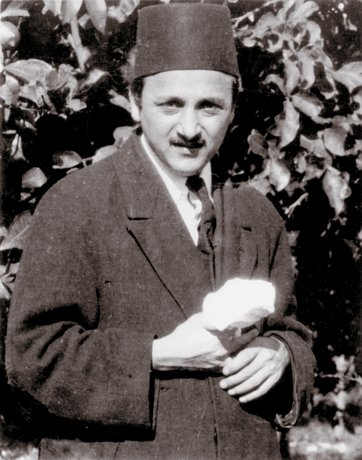 `Abdu’l-Bahá’s Will and Testament appointed his oldest grandson, Shoghi Effendi, as the head of the Bahá’í Faith. It also stated he would have the title of Guardian. Shoghi Effendi studied arts, language, economics, and social sciences in college before his father’s death. Shoghi Effendi spent the next 36 years of his life tirelessly translating the Bahá’í writings into the five languages he knew fluently (English, Persian, Turkish, Arabic, French), guiding the existing Bahá’í communities, and preparing the administrative structure of the Bahá’í Faith in preparation for the Universal House of Justice; the administrative center of the religion. He died in 1957 from a sudden sickness without appointing a successor.

The Universal House of Justice

In the Most Holy Book, Bahá’u’lláh defined the Bahá’í administrative order with the Universal House of Justice as the highest governing body of the Bahá’í Faith. It has the authority to apply Bahá’í laws and guide the growth and development of the global Bahá’í community. The Universal House of Justice is located at the Bahá’í World Centre in Haifa, Israel. Its nine members are elected every five years by the National and Regional Spiritual Assemblies around the world. The first election took place in 1963. 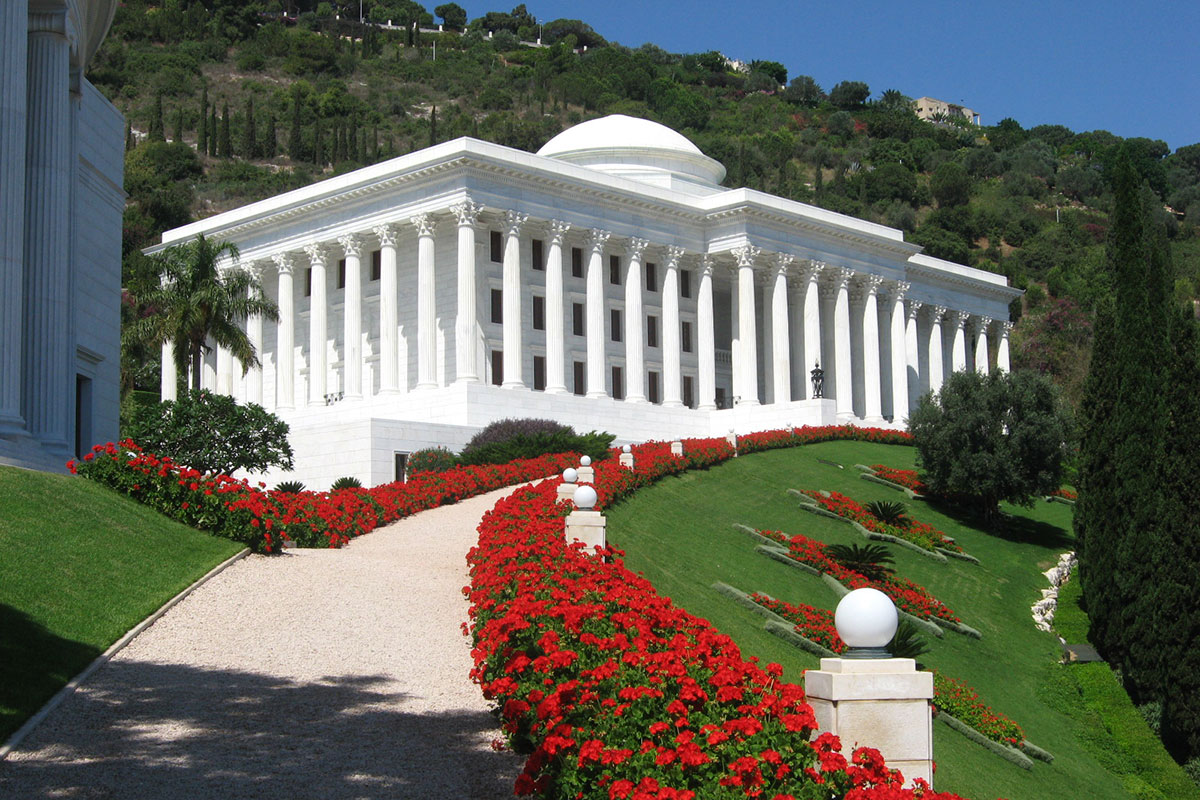