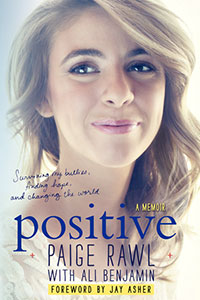 Positive shows how to confront being bullied and support victims of bullying so that you can be a source of unity. People are bullied about almost anything, and this often includes things they can’t control: name, appearance, abilities, or even a disease they have. Paige was born with HIV. Her disease didn’t impact her life much until she told a friend about it. It shortly became the source of constant bullying from classmates. As bullying continued, Paige asked her school administrators for help. When they did not take her seriously, Paige contemplated suicide. She could either escape the pain or confront it.